In December 2016, expenses of advertisers for attracting new users to mobile games and apps has decreased. It is stated in the report Fiksu. 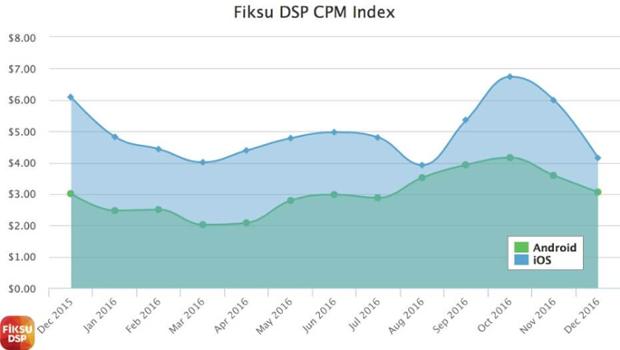 The cost of a single purchaser (CPP) decreased by 23%, CPM decreased by 31% since November. CPP – the average amount necessary to ensure that the user has made a purchase, or other valuable action. More terms - SEO terms. 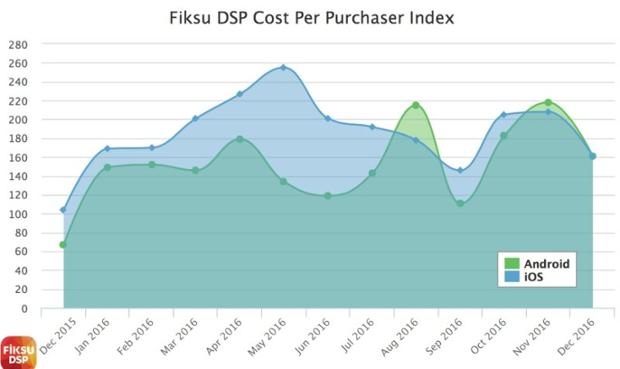 Fiksu notes that currently, marketers trying to evenly distribute the costs of promotion throughout the year. The use of this tactic led to the fact that over the festive season 2016-2017 large surge in advertising spending was not observed.

"Looking at 2016, it becomes clear that marketers now understand the value of consistent, extended for the entire year of mobile targeting. We also see that many brands are adopting a more diversified campaign and not focus on one metric, such as plants," — said Vice-President of Fiksu DSP Tom Cummings

According to the report, the launch of the iPhone 7 more impact on the expenditures of the advertisers than the holidays.

"Reducing CPP and CPM suggests that the launch of the new iPhone model represented a very important opportunity for iOS marketers to maximize the return on investment in mobile advertising – even more than the holiday season," added Cummings.