Twitter announced about the launch of two new features in mobile applications of service: the rating of the correspondence and counter direct answers.

Now some of the answers in the conversation are not displayed in chronological order. First, Twitter shows you the most interesting tweets, as well as those that may be of interest to a particular user. To do this, the answers are combined into subgroups. In the rankings are the answers of the author of the original tweet and the people the user is following.

The new counter shows the number of direct replies to the original tweet. With it, you can learn how many people involved in the discussion. 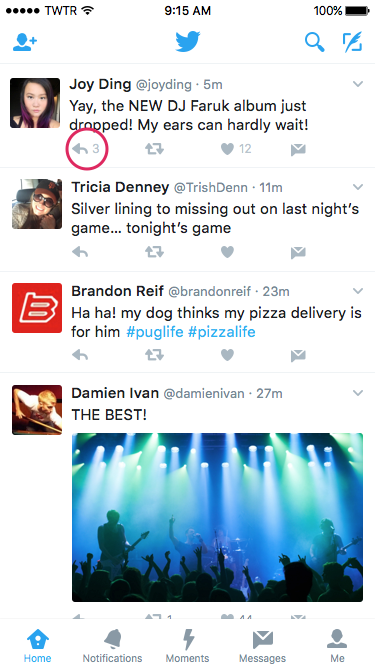 Recall that in the desktop version of Twitter, the ratings of the correspondence was launched in the summer of 2015.

93937
Site views
Most popular in
Social