Twitter announced about the launch of the new Explore section, which will take place Moments. 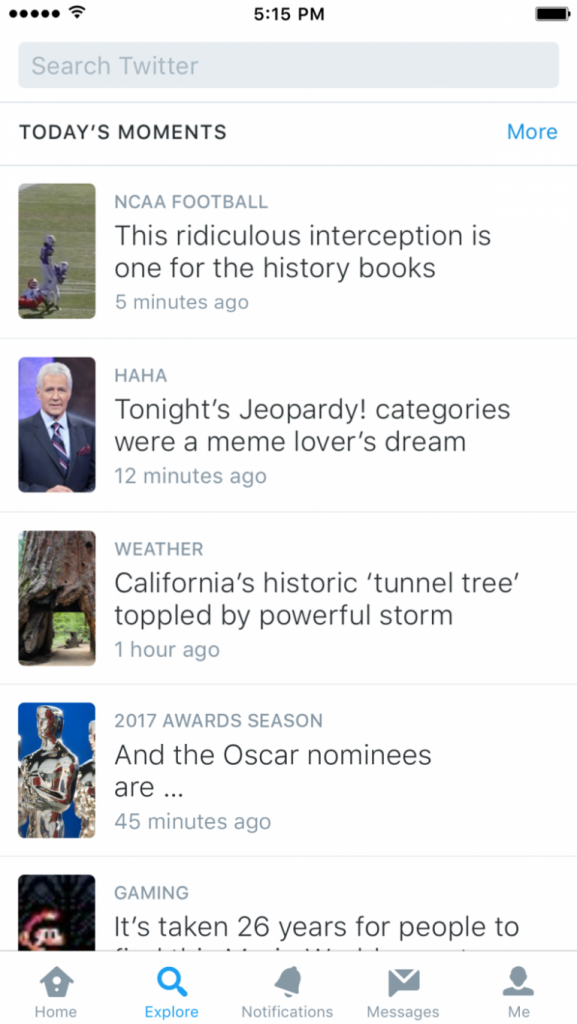 The company believes that using Explore users will be easier to find interesting content.

The update has already been launched in Twitter for iOS. In the Android app it will appear in the coming weeks. In what regions in the company did not said.

Let's remind, that service "Moments" were launched in October 2015. It contains a collection of recent events that is available to all users, regardless of who they signed. Go to the tab by clicking on the icon with the lightning bolt in a tweet.

Testing the Explore tab was launched in October 2016.