Twitter CEO Jack Dorsey bought more than 425 thousand shares of the company totaling nearly $7 million and reported about it in the tweet with the hashtag #LoveTwitter.

In opinion of VentureBeat, the solution was intended to show investors that the company still has potential, despite weak financial results and criticism. 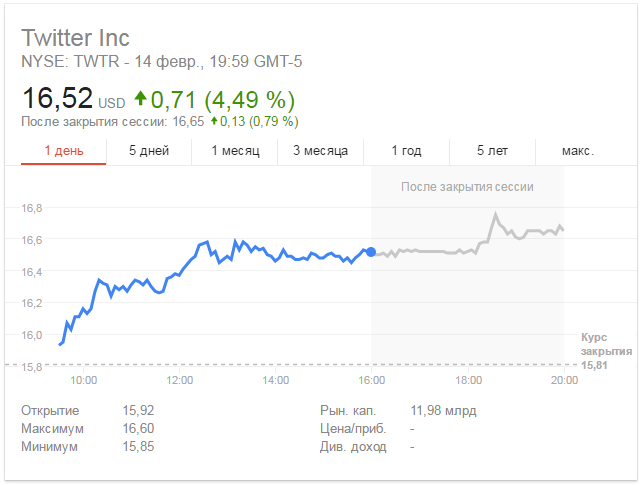 Recall that in the summer of 2015, Jack Dorsey bought a stake in the company in the amount of $875 thousand.