Twitter announced the launch of a support live broadcasts in the format of 360 degree Periscope.

At the moment, to view the broadcast, users can both services, but start them – only a select few partners. In the coming weeks, access to new features in the Periscope will be extended.

"We have always said that live broadcasts allow you to see the world through the eyes of another person. Panoramic broadcast is not only an opportunity to visit the places where you've never been. It is also an opportunity to unite with other people and to share something new with them", — commented on the launch of Periscope.

Starting today, live video format 360° Periscope to Twitter and will be marked with special label. 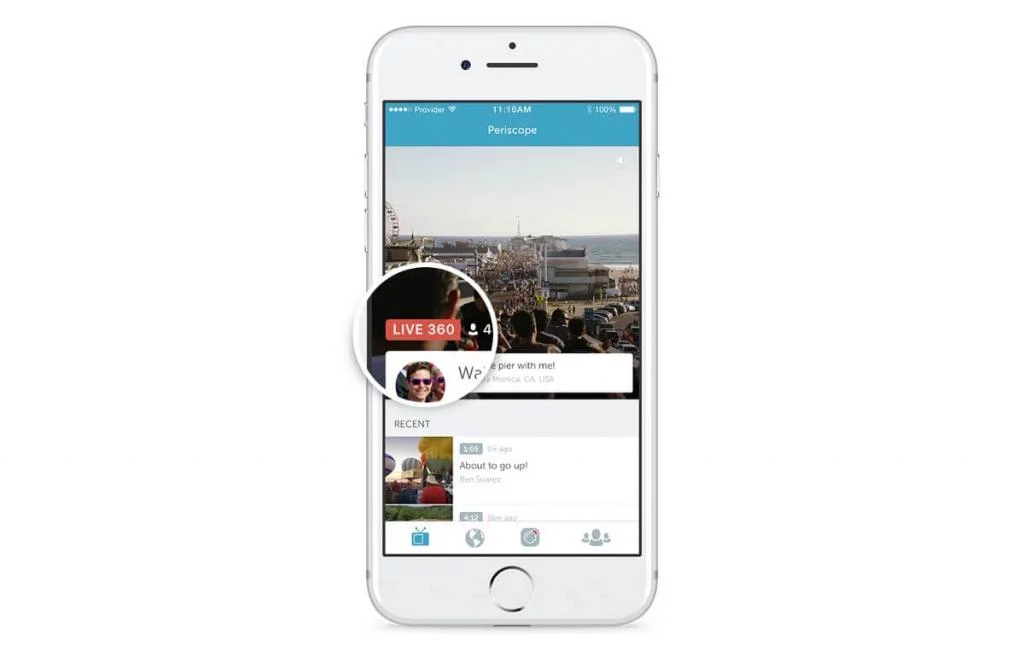 While viewing angle can be changed in two ways: turning the smartphone or sliding your finger across the screen.

For capturing panoramic video content creators will need to use the camera Insta360 Nano. Periscope promises in the future to add support for other spherical cameras.

We will remind, earlier this month, Facebook announced the launch support live broadcasts in the format of 360°. The feature will be available to a limited number of users in early 2017.

93561
Site views
Most popular in
Social