The market for search advertising in the U.S. continues to increase. In the fourth quarter of 2016 it increased by 14% in annual comparison. About it reported in the report of the company Merkle.

One of the main drivers of increase was the launch of Google separate bid adjustments for each device type.

According to Merkle, in the fourth quarter of CPC was up just 0.5 percent year-on-year. The increase in the total volume of clicks slowed to 15%. 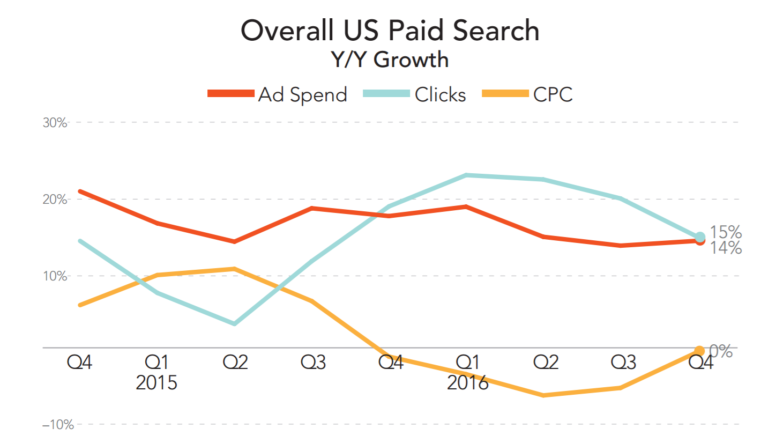 For the last three months of 2016, the spending of advertisers on ads in Google search increased by 19% in annual comparison. In the previous quarter, the figure was 13%.

The main drivers of growth in spending on advertising in Google among customers Merkle was the following:

The launch of ad extension texthad no significant influence for the increase of Google's income.

At the same time in the Merkle stated about contradictory results of the implementation of the new format. In particular, the click-throughs on new ads in the top of SERP was 1-3% lower than the standard for all devices. While those ads which were located at the bottom of SERP on tablets and desktops had CTR higher than the standard. However, they accounted a small proportion of the total number of ad conversions. 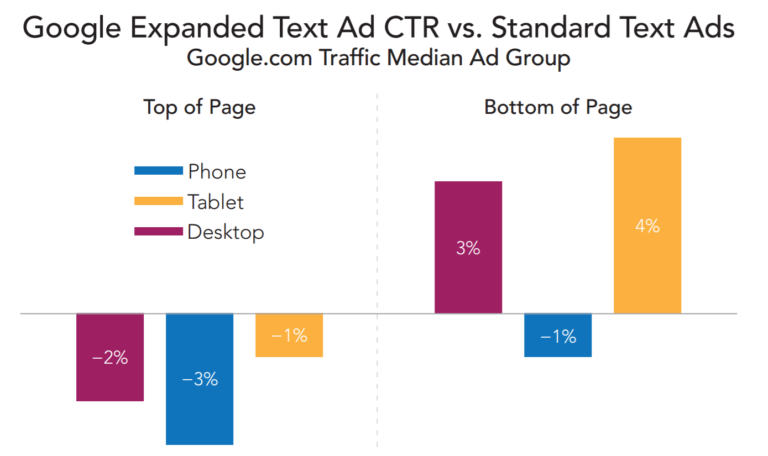 In the fourth quarter of 2016, the total spending on advertising in Bing Ads and Yahoo Gemini decreased by 13% in annual comparison. In the third quarter the decrease was 14%. 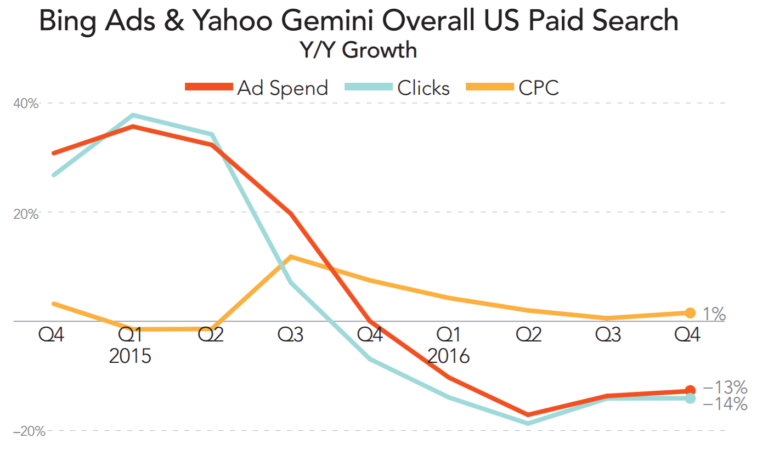 Expenses of advertisers for Bing Product ads in the reporting period increased by 16%. This format accounted 17% of the total number of ad conversions.

91834
Site views
Google
Sergey Ludkiewicz
20 April
URL parameters of the Google search engine results page
There is a possibility to adjust the results for the base query (which corresponds to the value of the parameter q or as_q ) using a number of get-parameters of the format variable=value used in the URL of the page of search results after the substring /search? . The use of these parameters can be very useful when parsing search results.
Read More
Most popular in
Google
Most popular in
Search Marketing