Google expanded access to the functions of the Posts on Google that allows you to publish content directly in the search results. Now to use it will be able organizations and celebrities. 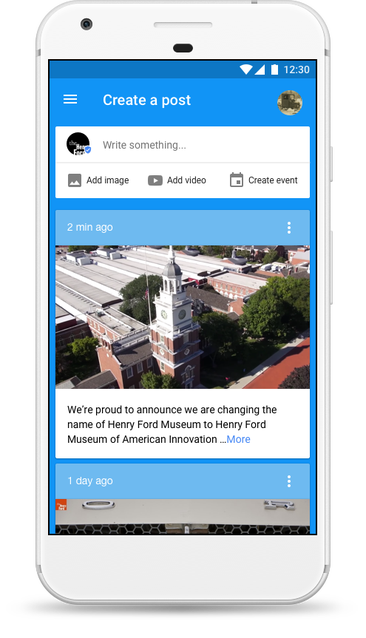 Feature Posts on Google was launched in January 2016 for the presidential candidates in the United States. Published content would show up in search results for keywords that include the name of the author. Posts can contain text, photos, videos and links.

In March 2016, this feature became available to a limited number of small businesses in the United States.

Now it's open for cinemas, museums, sports clubs and teams in the United States, Brazil and Brazilian musicians.

According to TechCrunch, this is how Google tries to provide its users more relevant and timely information.

When this feature will be launched in other countries, the company not stated.

91744
Site views
Google
Sergey Ludkiewicz
20 April
URL parameters of the Google search engine results page
There is a possibility to adjust the results for the base query (which corresponds to the value of the parameter q or as_q ) using a number of get-parameters of the format variable=value used in the URL of the page of search results after the substring /search? . The use of these parameters can be very useful when parsing search results.
Read More
Most popular in
Google
Most popular in
Search Marketing