According to Mozcast, currently 45% of the results on the first page results of Google accounts to the HTTPS sites. 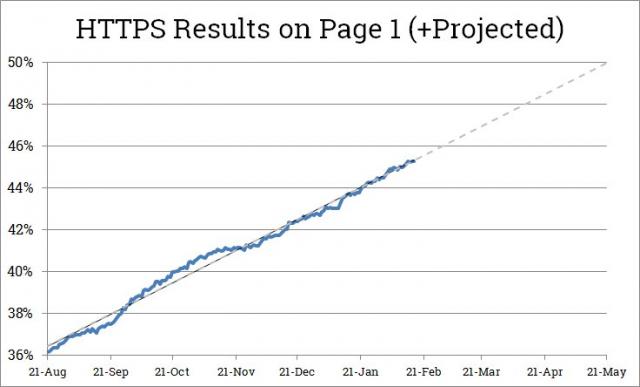 Previously in December 2015, Google started to index the HTTPS version of the page by default. Since then there has been a small but steady increase in the proportion of HTTPS in the top results of a search engine.

And in October 2016 it became known that a small boost in the ranking Google still receive all HTTPS.

88735
Site views
Google
Sergey Ludkiewicz
20 April
URL parameters of the Google search engine results page
There is a possibility to adjust the results for the base query (which corresponds to the value of the parameter q or as_q ) using a number of get-parameters of the format variable=value used in the URL of the page of search results after the substring /search? . The use of these parameters can be very useful when parsing search results.
Read More
Most popular in
Google