Team research project Google Brain has created a neural network that is able to synthesize on the basis of the source code in a 64 pixel pictures with higher resolution.

Artificial intelligence tries to guess what could be the original image if it was reduced to 64 pixels. That is it synthesizes a photo that could be the source image. Improve the photo it can not.

This process is organized in two stages. First use of standard neural network (network condition), which compares the image size of 8x8 pixels with similar images in a higher resolution, which have been reduced. Thus check the overall patterns and colors.

Then, the images generated by both neural networks are combined to create the most probable version of the original image.

Google Brain argue that in this way, the system can generate an image resolution of 32×32, similar to the original. 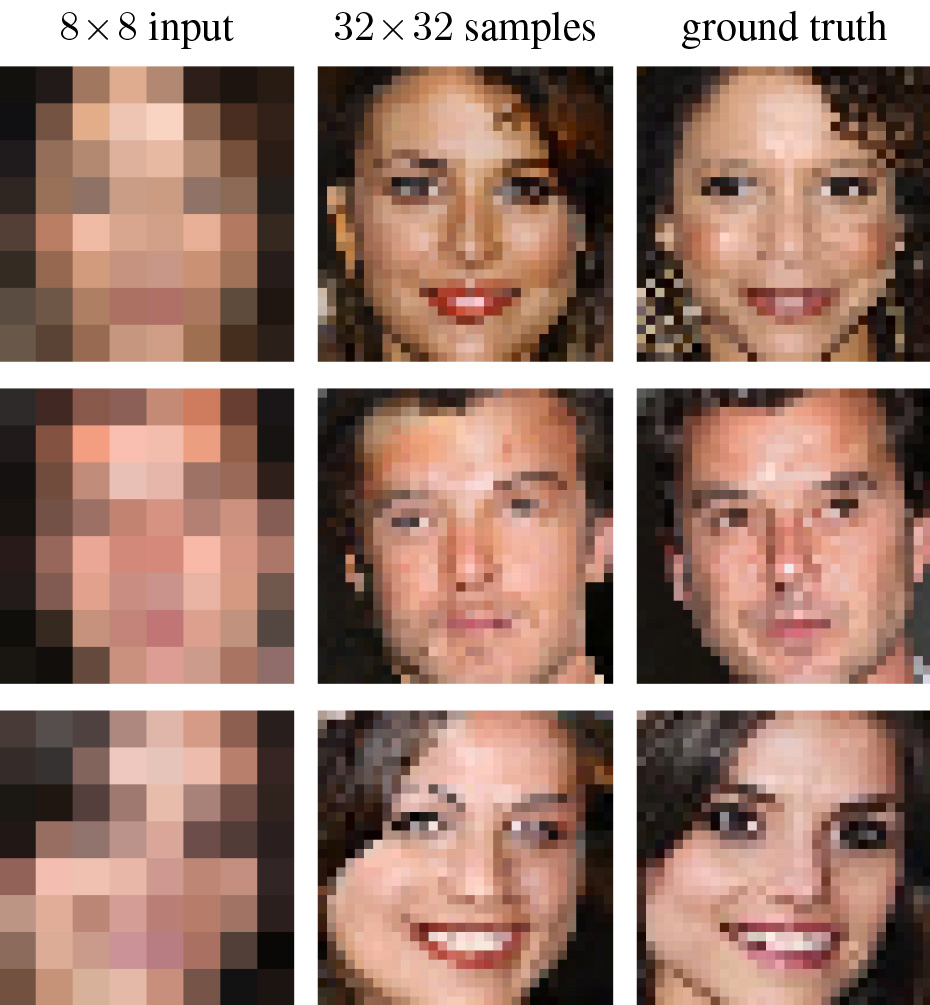 Left image is the picture obtained by the neural network; in the center of the synthesized picture; right image is the original reduced to 32x32 pixels.

Does Google use the new network in the existing services the company not said.

93809
Site views
Google
Sergey Ludkiewicz
20 April
URL parameters of the Google search engine results page
There is a possibility to adjust the results for the base query (which corresponds to the value of the parameter q or as_q ) using a number of get-parameters of the format variable=value used in the URL of the page of search results after the substring /search? . The use of these parameters can be very useful when parsing search results.
Read More
Most popular in
Google