Google Translator integrated new Neural Machine Translation technology, due to which the quality of translation has improved significantly, and the app received new features.

As reported in the official blog of the service, the technology of Neural Machine Translation is still applied to English only in eight languages: French, German, Spanish, Portuguese, Chinese, Japanese, Korean, and Turkish.

The new technology allows to take into account the grammar rules in the translation process: 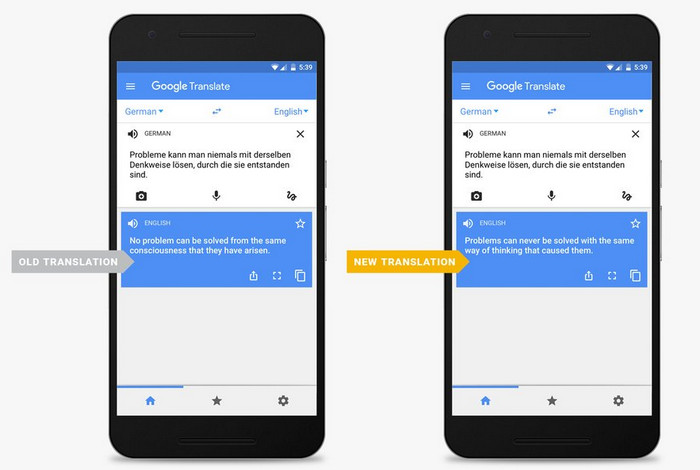 In addition, the service opened to third-party developers, Translation Cloud API, which more info can be found here.

Over the 10 years of its existence, Google Translator has brought the number of supported languages up to 103, has learned to translate the language of the user not just pages, but entire websites, it is no secret that citizens of different countries it Google Translator helps to overcome language barriers and find love. During the existence of a mobile application service, it downloaded from Google Play more than 4.5 million users. Technology Neural Machine Translation is the next step in the development of machine translation, according to the company.

93937
Site views
Google
Sergey Ludkiewicz
20 April
URL parameters of the Google search engine results page
There is a possibility to adjust the results for the base query (which corresponds to the value of the parameter q or as_q ) using a number of get-parameters of the format variable=value used in the URL of the page of search results after the substring /search? . The use of these parameters can be very useful when parsing search results.
Read More
Most popular in
Google