Analytics company Nielsen has published the top 10 most popular apps in 2016 in the United States. Most of the items in this list (8 of 10) took Google and Facebook.

On the first line of the rating housed the main Facebook app for a second – Facebook Messenger. Followed by 5 applications from Google: YouTube, Maps, Search, Google Play and Gmail.

Eighth position was taken by Instagram. Completing the top 10 apps from Apple and Amazon Music. 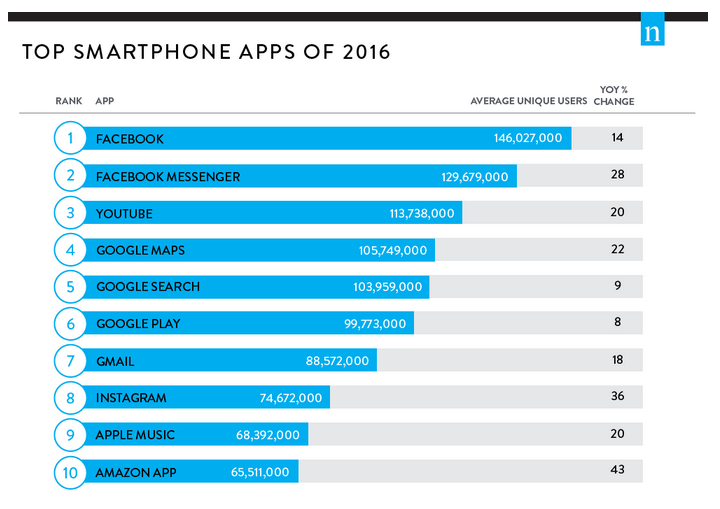 For comparison, according to comScore in November 2016, the Facebook app uses 79% of smartphone users. 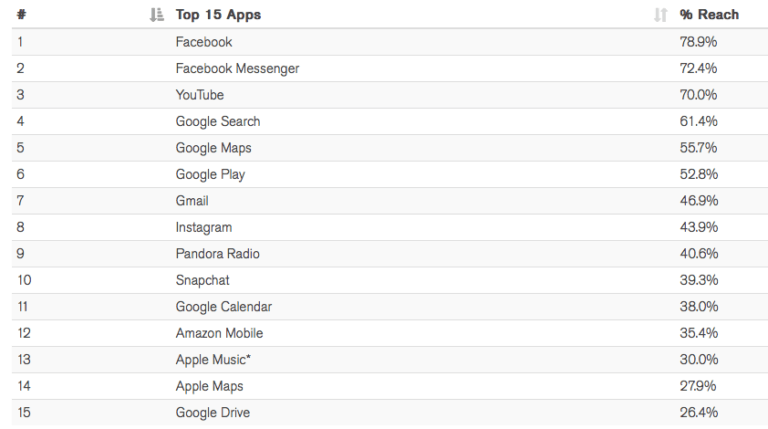 In the top 10 in comScore release also includes Pandora and Snapchat, taking 9 and 10 positions, respectively.

Both ratings were made on the basis of data obtained through a survey of smartphone users in the United States.

91834
Site views
SEO
Dmitriy Sevalnev CEO Pixel Plus
04 January
The basic SEO requirements
Here are the list of the most important SEO requirements that must be followed in each optimized page on the site. Requirements are also useful as a SEO guide for the developers of website, which will be optimized.
Read More
Most popular in
SEO