Google Analytics launches new interface for all users, according to Search Engine Roundtable.

The redesign announced in October 2016. It was designed to simplify the service interface while maintaining frequently used functionality.

It was initially reported that the new UI will be launched within a few weeks after the announcement. However, access to it was not for all users.

Below is a screenshot of the updated user interface 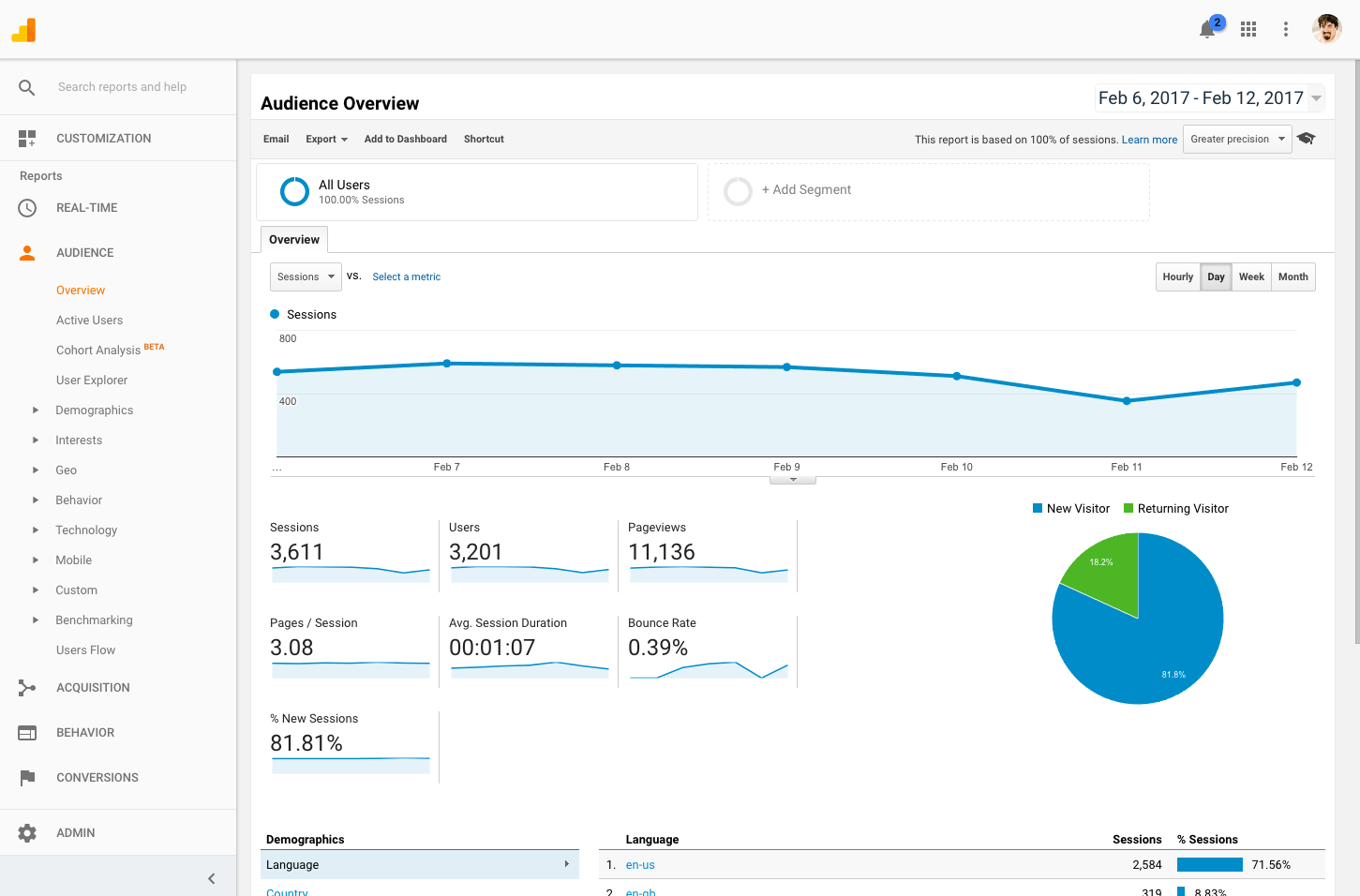 93691
Site views
Google
Sergey Ludkiewicz
20 April
URL parameters of the Google search engine results page
There is a possibility to adjust the results for the base query (which corresponds to the value of the parameter q or as_q ) using a number of get-parameters of the format variable=value used in the URL of the page of search results after the substring /search? . The use of these parameters can be very useful when parsing search results.
Read More
Most popular in
Google