At the conference, Games Developer Conference (GDC), which runs from February 27 to March 3 in San Francisco, Google unveiled the new interactive format of the ads — gaming ads.

This new interactive ad format is available in the universal app campaigns. When a user sees this ad among the more than a million apps in the Google display network Google, user can in the advertising banner to play the light version of the advertised games. 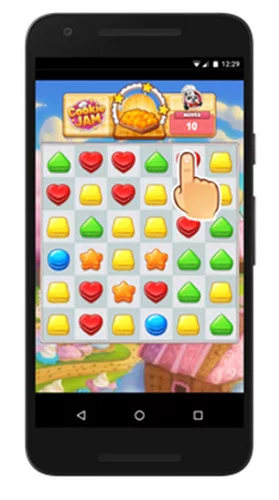 Games is allows to increase the number of quality app installations. Users test the game in the ad and download it to prolong the game time. Attracting already engaged users within the app, a new ad format helps to obtain long-term results: the rounds you have played, completed levels, awards, purchases and more.

Josh Aguado, President and Managing Director of Jam City, the creator of the game Panda Pop and Cookie Jam:

We want to have our application turned out to have a larger number of potential players as early as possible. Games is attracting the interest of users directly in the ad. This allows you to increase their involvement and long-term value to the user.

Game ads will be available to developers in a universal app campaigns in the coming months. They also will support advertising templates HTML5 created using Google Web Designer and third party tools.

84567
Site views
Google
Sergey Ludkiewicz
20 April
URL parameters of the Google search engine results page
There is a possibility to adjust the results for the base query (which corresponds to the value of the parameter q or as_q ) using a number of get-parameters of the format variable=value used in the URL of the page of search results after the substring /search? . The use of these parameters can be very useful when parsing search results.
Read More
Most popular in
Google