Russian users noticed that Facebook starts targeting the visitors of the page. While not available to all. 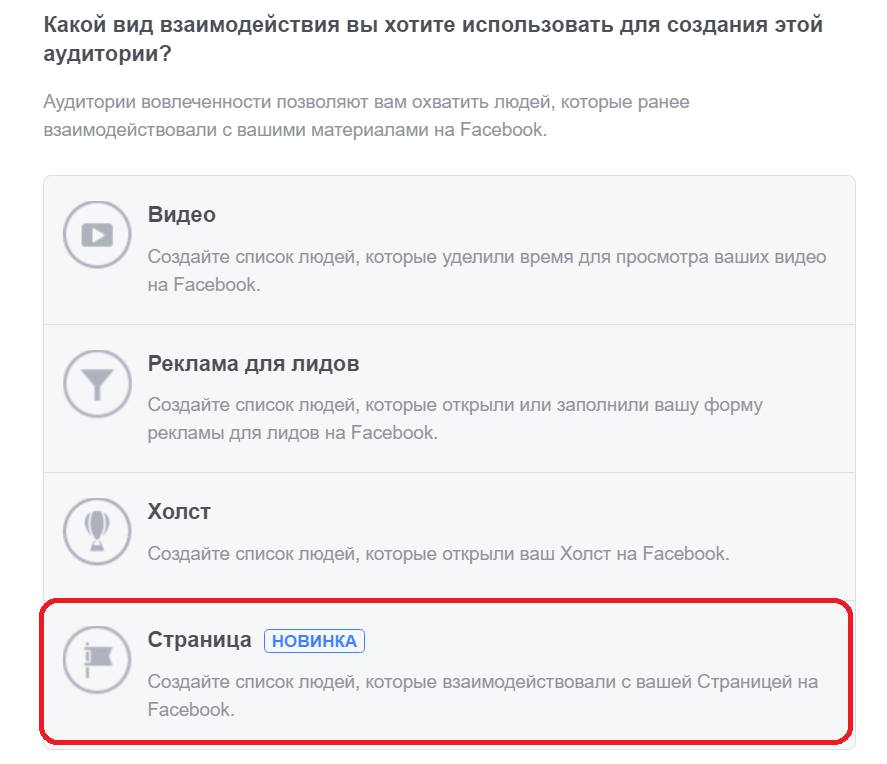 The first innovation announced the SMM-specialist Dmitry Rumyantsev. He said that the feature allows you to target multiple types of users:

"If the setting for the "likes" and shares have long been possible in the VC, here is the setting for visitors to the community breakthrough. In fact now Facebook you can "return" ANY user who somehow interacted with you", — says Dmitry.

In the comments to the record of Rumyantsev, the head of SMM-direction of Inventive Retail Group Konstantin Tsiolkovsky noted that their access functions appeared about 2-3 weeks ago.

Director of the Belarusian company Web and Market Sergey Kuzmenko wrote that he began testing a new feature a few days ago. According to him, during the day, using the tool he got more leads than brings outdoor advertising in subways and elevators within two weeks.

93691
Site views
Most popular in
Social