Facebook is launching a number of innovations that are designed to help the company to cope with the spread of fake news on the social network.

Under the new approach, the primary detection of false news will engage users. They can flag suspicious posts as "fake news". If such a mark will put quite a large number of people (the exact number was not specified), the post will be sent for review to outside organizations. 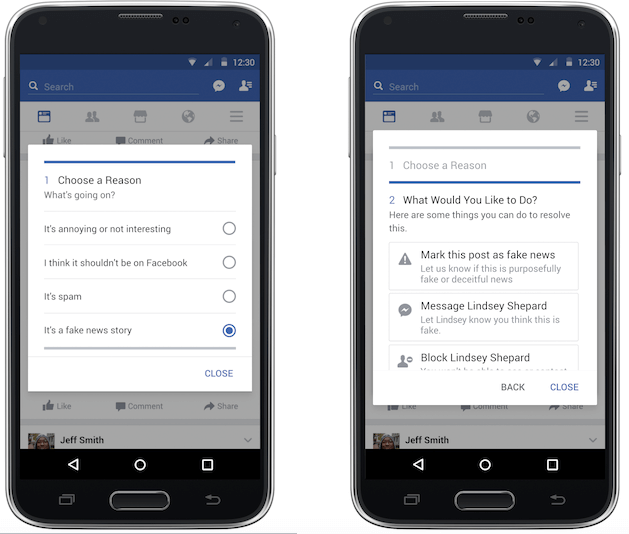 Fake news Facebook delete will not. Instead, the social network will show notification that the publication has not been tested and deemed controversial. 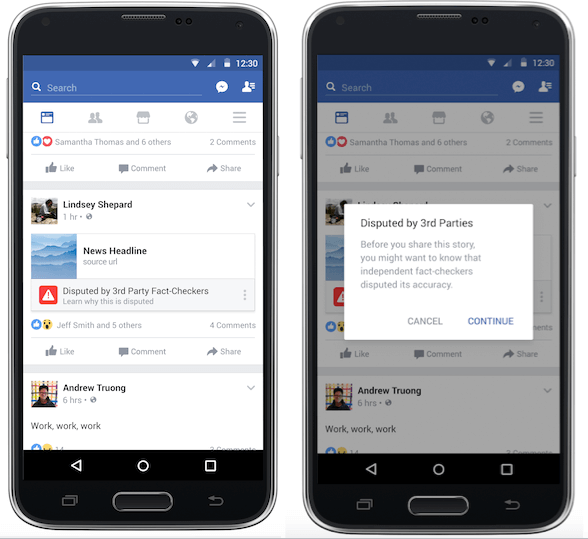 "We launched the programme for cooperation with third-party organizations to verify the facts. To send news on the test we will use users ' messages and other signals. If the organization finds that the news is untrue, it will be marked as controversial. The alert will also link to an article explaining the reasons for the decision. In addition, such publications will be reduced in the news feed of users," reads the company blog.

In Facebook also note that flagged posts will not be promoted.

"By itself "people's control", of course, is unlikely to be an effective mechanism, but if after him, followed by re-checking specializaciya, the result will be possible to obtain an effective scheme of work, allowing you to imbue the social network if not entirely, then mostly reliable news. It is clear that such half-open mechanics (people's/user control), it will be difficult to avoid abuses. For example, specialisatie can be inundated with calls for fake news, which as a result are not, and mass user complaints can be a planned action. Whatever it was, the error would, in any case and part of credible news is going to get a complaint in specialisatie. Unfortunately, this is an inevitable situation.

In addition, it should be borne in mind that all that is published on the net stays there forever (even if a user deletes an account, previously published materials can be on the news aggregators and the bot pages). And fake news is no exception. Even if the news will be marked as disputed and will be removed after verification, it is likely that it already sold out online."

That the social network is exploring the ways in which it will be possible to slow the spread of fake news became known in November.

Earlier in the same month, Facebook was accused in the fact that the company is not effectively fighting the spread of false information in social networks. According to critics, this was one of the factors of the victory of Donald trump's presidential elections in the USA.

A BuzzFeed investigation revealed that the fake news often exceed reliable from the point of view of the number of likes, comments and reposts on Facebook.

93562
Site views
Most popular in
Social