In the fourth quarter of 2016, global clickthrough rate on Facebook increased by 42% in the annual comparison. About this state Nanigans in date report.

In the category of ecommerce increase of click-through rate was 66%. 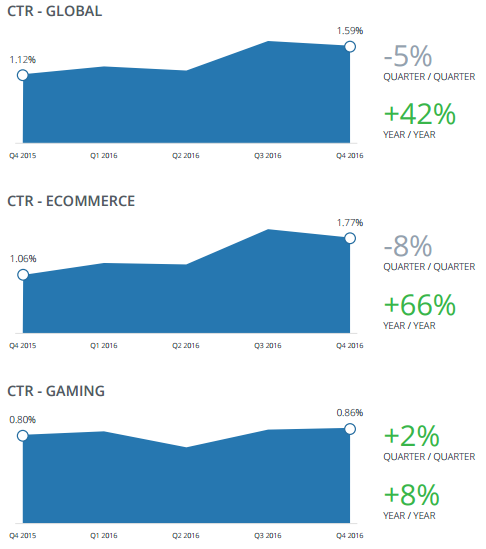 Desktop advertising is still the main item of expenditure for companies operating in the field of Internet commerce. However, investments in the mobile segment continues to increase. In the reporting quarter, they increased by 23 percent year-on-year.

During the three-month period, the profit from advertising on Facebook (ROAS) increased by 33%, and the number of purchases increased by 68% in the annual comparison.

Budgets dynamic is also continuing to increase rapidly. For the last three months of 2016, the expenses in this format has increased by 164 percent year-on-year.

The company Nanigans develops automation tools advertising. Among the clients of the company include representatives of ecommerce and the gaming industry.

93690
Site views
Most popular in
Social