This week accelerated mobile pages began to appear not only in the breaking news, but in the normal results Google.ru. About it reported the employee search Andrew Lipattsev on his Google+page.

AMP-page on google.ru now, not only in news but also in the organic results! Accelerate next! 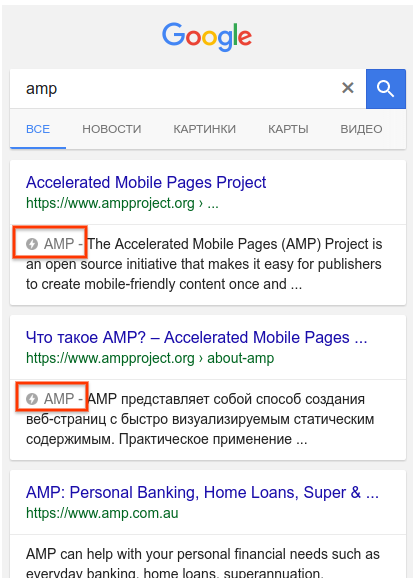 In comments to the news it is noted that in Google.com.ua this innovation was launched about a month ago.

That Google will extend the support of the AMP to the main results, it became known in August 2016. In September accelerated mobile pages appeared in search results in the United States.