Google AdWords expands testing of the new interface. In the coming months, access to the alpha version of the UI will get even more advertisers. About it said the Vice-President of AdWords products, Jerry Disler (Jerry Dischler).

After gaining access to the testing of the new interface will be loaded automatically or in the upper right corner of the screen will show warning message:

When you first load a new UI in the account of the user will be prompted an overview of its main features.

Beta testers will be able at any time to return to the standard version of the UI and back. In the updated interface, there is no possibility of export data.

Google continues to add features to the new UI. So it makes sense to periodically check for the presence of innovations. 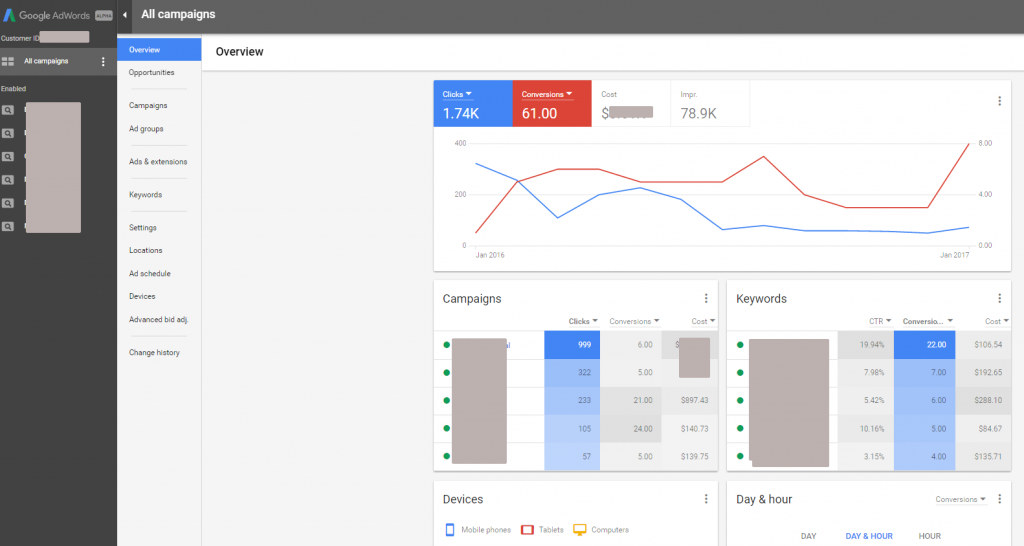 Google noted that the selection of accounts to participate in the testing will be based on a number of factors. One of them – which functions are used.

Previously the company announced a large-scale redesign AdWords in March 2016. Upcoming changes are designed to make the service more simple and easy to use and its interface is more modern. The end of this process is planned for late 2017.

Testing of the new UI was launched in the summer of 2016.

The last time the company performed a redesign of AdWords in 2008.

93808
Site views
Google
Sergey Ludkiewicz
20 April
URL parameters of the Google search engine results page
There is a possibility to adjust the results for the base query (which corresponds to the value of the parameter q or as_q ) using a number of get-parameters of the format variable=value used in the URL of the page of search results after the substring /search? . The use of these parameters can be very useful when parsing search results.
Read More
Most popular in
Google
Most popular in
Search Marketing