Usually commercial ads in mobile search engine results page presented in a scrollable carousel. As part of testing, this unit includes only two cards. And one of them is an ad by Google. 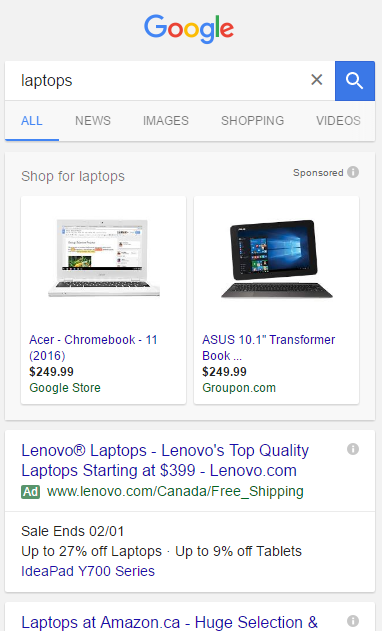 In the current version of PLA is as follows: 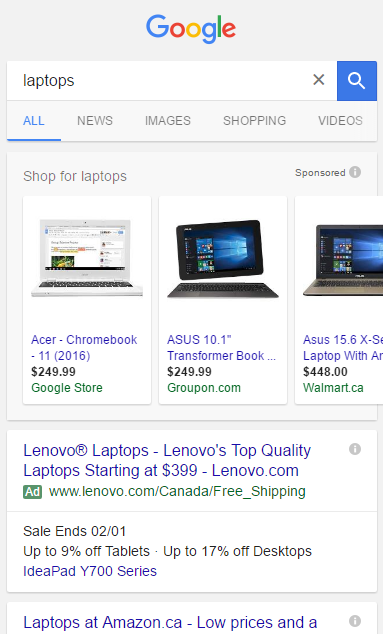 The new format ads in the local results

As part of the test ads in the local search engine results page feature in the form of a scrollable carousel of the individual cards:

Previously, in December Google was testing showing the three product ads in the top of the desktop issue. Usually in this section displays 4-6 PLA.

In the same month, Google tested advanced PLA block in the sidebar and in the beginning of 2016 show 16 product listing ads on the SERP.

About that block local SERP will appear in advertising became known in June 2016. This month Google tested the PLA in this ad unit on mobile devices.

93808
Site views
Google
Sergey Ludkiewicz
20 April
URL parameters of the Google search engine results page
There is a possibility to adjust the results for the base query (which corresponds to the value of the parameter q or as_q ) using a number of get-parameters of the format variable=value used in the URL of the page of search results after the substring /search? . The use of these parameters can be very useful when parsing search results.
Read More
Most popular in
Google
Most popular in
Search Marketing