This innovation is launched for those advertisers who use the same the phone number in call extension. Now they do not need to apply several times the same extension within the account.

Soon Google will start to provide statistics about views of the phone numbers and calls at the ad level and keywords.

In the coming months, access to this type of expansion will get more advertisers. Testing of automatic 'Phone Numbers' expansion was launched in January.

Last summer, AdWords has begun testing displaying the company name in the headers of the ad format 'Only phone number'. Now this change starts worldwide. 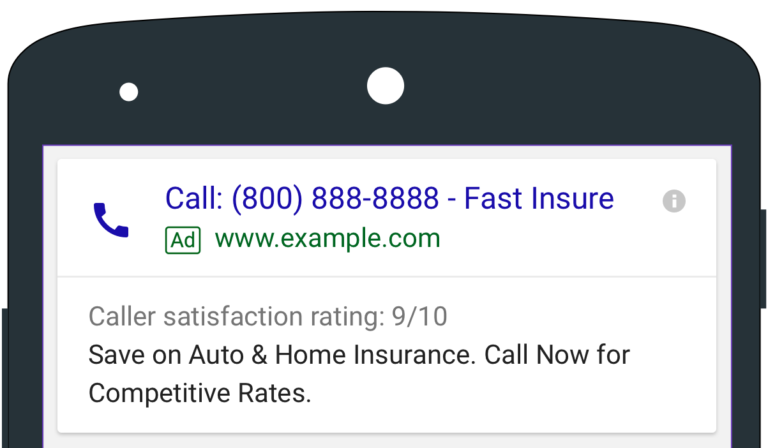 In January, Google AdWords started showing the phone numbers of branches in the ads addresses. Innovation is running in test mode.

89946
Site views
Google
Sergey Ludkiewicz
20 April
URL parameters of the Google search engine results page
There is a possibility to adjust the results for the base query (which corresponds to the value of the parameter q or as_q ) using a number of get-parameters of the format variable=value used in the URL of the page of search results after the substring /search? . The use of these parameters can be very useful when parsing search results.
Read More
Most popular in
Google