Google AdSense announced that in the coming days, users of the service will be automatically transferred to the new interface. Go back to the old version of the UI in the settings. However, in early 2017, it will be disabled. 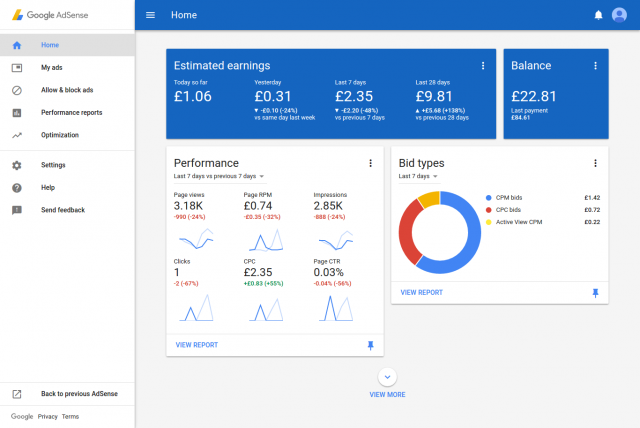 Google introduced the new interface AdSense last month. First, it can activate it at will. Now it will be enabled by default.

Among the major changes include a completely redesigned home page and improved navigation.

According to the company, more than half of the active users of AdSense have decided to switch to the new UI. About 90% of them left in him.